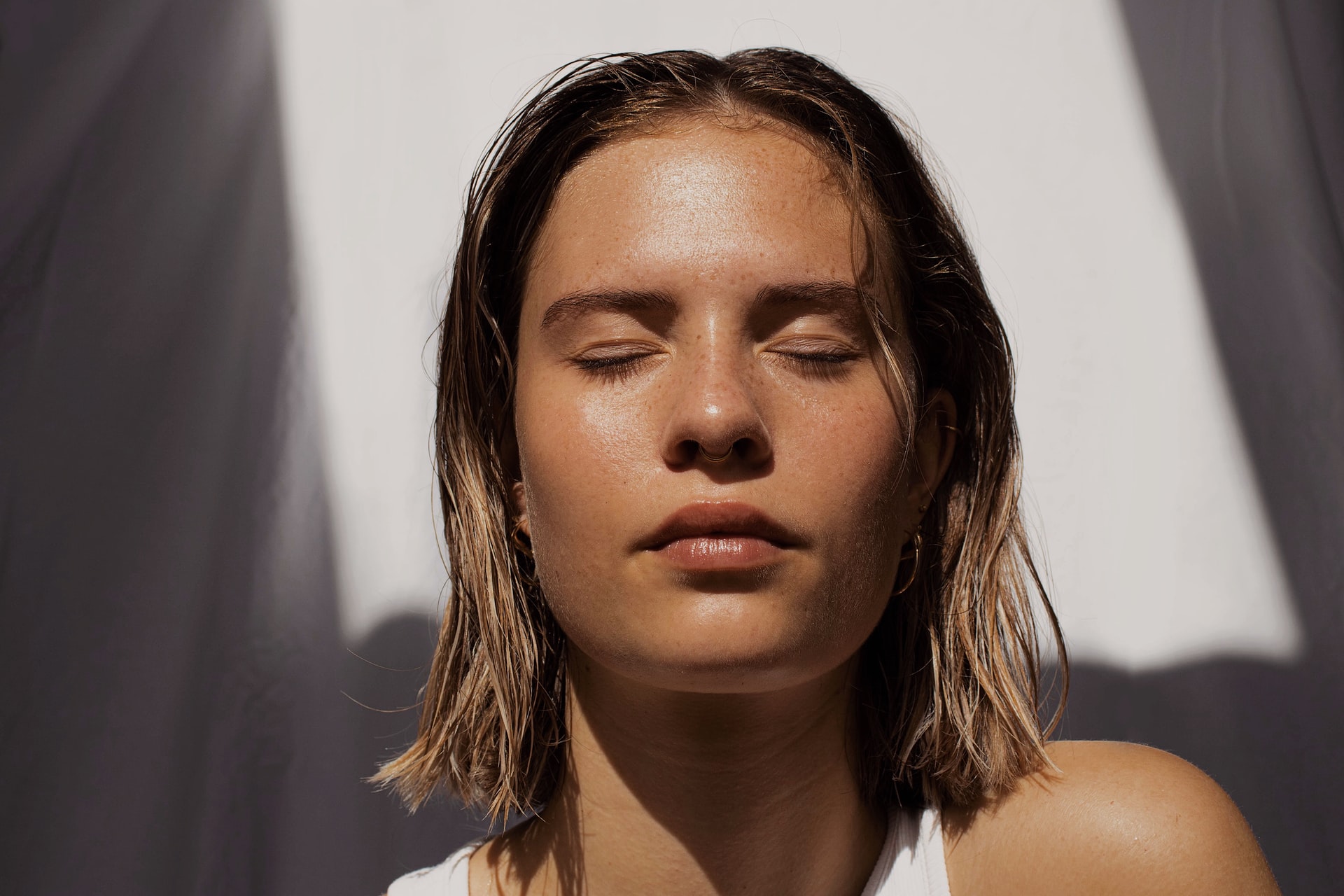 (Photo by Fleur Kaan on Unsplash)

As the popularity of outdoor leisure activities such as camping, hiking and travel increases once again, the number of skin cancer patients is on the rise more than before due to increased exposure to ultraviolet rays, increased inflammatory factors caused by skin irritation and increased life expectancy. However, compared to the West, Korean’s perception of skin cancer is very low.

Melanoma is a highly malignant skin cancer, and as the black pigment gradually thickens, it grows and spreads to other areas, which can lead to life risks if treatment is not performed early. Melanoma is much more common in Caucasians.

In addition, melanoma should be suspected if the black spots gradually become thicker and larger, the boundaries are unclear, and the colors are not constant and dark and light colors are mixed. Medical textbooks describe that a biopsy should be performed when the size of these black spots is more than 6mm, the size of a pencil eraser. However, these days, melanoma is often found even if it does not meet these symptoms or size, so even small spots need to be watched carefully.

In the case of Koreans, especially if they have moles on the palms and soles of their feet, which are hard to see, they are often not treated because of Korean superstition. However, medically, there are no melanin pigments under the palms, soles, and nails, so if these areas look black, it is recommended to suspect melanoma and perform a biopsy.

Basal cell carcinoma is a relatively calm and late-growing cancer among skin cancers, but if it is older than a few years, it can spread deep into the body. If initially discovered, it can be easily removed with a laser.

The Need for Biopsy

When the skin turns black with age, most people think it is a blotch, and in fact, a blotch and skin cancer are often not distinguished by the naked eye. However, if the spots are getting bigger or not treated after bleeding, it is highly likely to be skin cancer, so it is recommended to see a specialist.

If skin cancer is suspected, a biopsy is performed once, but the biopsy is not deemed to be a major surgery, and the results can be clearly known with only 2mm, so it is important to diagnose early.

Park Seung-ha, a plastic surgery professor at Korea University's Anam Hospital, said, "Recently, more and more patients are suffering from skin cancer," adding, “If the blotch is torn, itchy, and spread around, a biopsy should be performed to identify skin cancer.”

He then advised, “Blotches caused by aging are not only good in appearance and can increase the possibility of skin cancer, so it is recommended to remove them with a laser as much as possible to prevent skin cancer.”

1) A woman in her 40s, who was concerned about the appearance of her cheek, removed the mole with a laser at a local clinic, and after a few months, black spots came up again and she underwent a biopsy. As a result, she was diagnosed with skin cancer, not just a mole, and had surgery to remove skin cancer and surrounding tissues together, and to pull in, suture, and finish the surrounding skin. 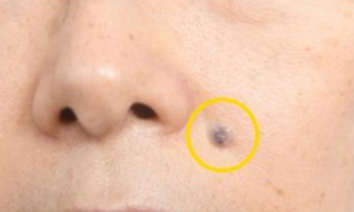 2) A man in his 50s initially ignored it when something like blotches grew on his nose. However, the wound got bigger and strange, so he had a biopsy. As a result, the wound was diagnosed as skin cancer, and the enlarged skin cancer and surrounding tissues were removed and completely cured through skin transplantation. 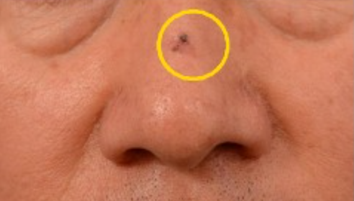 3) A man in his 70s, who had not healed from a wound next to his nose for months, was diagnosed with skin cancer, had the skin cancer and surrounding tissues removed of the size of a coin, and underwent reconstructive surgery without the unsightly procedure to move tissue between his nose and forehead. 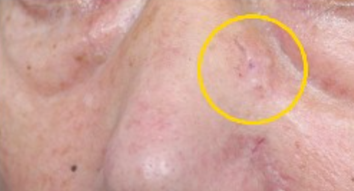 Skin cancer next to the nose